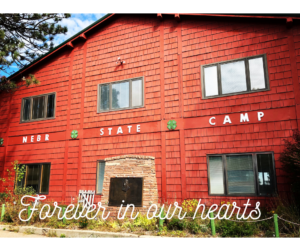 On Sunday, October 2nd, 2022, the forest fire in the Nebraska National Forest caused major devastation at our camp. The Eppley Lodge as well as the cabins are a complete loss; it appears that the only structure remaining is the staff house.